What tools can be made as a part of DevOps team? 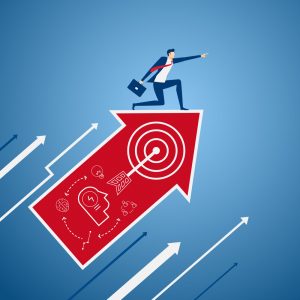 There is a silver bullet for you. if you read through till the end. All the best

Tools in DevOps are plenty. You can choose what suits you better

DevOps is an horizontal skill and will complement your development skills

To answer your question what is the career scope in DevOps. The google trends speaks for itself

First understand what is DevOps

DevOps is all about Time to market. Bringing incremental changes to production and experiment on a continuous basis to figure out what works and what doesn’t. In short massive technical capabilities to fail fast fail cheap.

In today’s world time/speed to market and agility in your IT to serve the business needs is every thing and it gets increasingly stringent by the day.

Imagine you are a telecom player and apple/google etc just announced pre-order a new device with new market potential. You gotta react instantaneously as you are aware within couple of hours of the announcement millions orders are placed. what if you as a marketer gets some brilliant idea to grab a share of that with innovative plans combo offers etc and your idea needs some minor tweaks in the code (of your eCommerce website). You capacity to take code to the production in 15 minutes versus 3 days will make and break your revenue potential.

Also let us say you are a tax company and government just announced some schemes, extension, interest benefits etc say close to the filing deadlines. Your capacity to take those changes to the end customer (via your website/app) will make a significant impact on your revenues.

I would recommend you read

Making the business case for DevOps

A brilliant read which will go in depth regarding the points I made above.

Any person reading will react as below

Now how do you achieve faster time to market. hey I know waterfall took a long time and by the time we delivered (6 months to a year) the world had changed and we became irrelevant. Wait a minute I Know that agile is a great solution to time to market so why DevOps. Well the answer is as Agile solved the problem of Dev (and QA) the operations (the people who release and keep the lights on) were always waterfallish and most companies while adopting agile chose release to productions once or twice a years. Some indeed went on a monthly basis but for select projects.

Well the answer is Infrastructure as code and other practices

Scrum for Operations: How We Got Started

Yes Infra provisioning configuring of VMS etc everything has to be done development style a big paradigm shift. So a Linux admin for eg in a DevOps world is not just a command line, grep and bash script junkie but understands tools such as Ansible and has high end programming skills to write code to provision infra and follow an ops to be successful

Now the shift left part. Now that both of you are agile (Dev and Ops) The next step is to take the code multiples times to production in a day and revert if there is a surprise failure. The advantage of this is ability to implement a fail fast fail cheap approach helping organizations to innovate on regular basis. All leading companies especially online companies (facebook, Twitter, netwflix, google, amazon and many enterprises such as Sprint, AT&T, Intuit, verizon and microsoft have adopted bleeding edge technologies). Amazon is believed to have a capability of putting code/changes every 2 seconds. Yes its true ?

Now that you have realized by now that DevOps will add on to your dev skills not kill it.

Your silverbullet: Build skills in Microservices. Market today desperately need Developers with strong DevOps skills. This will give a powerfull boost to your career and pay package :).