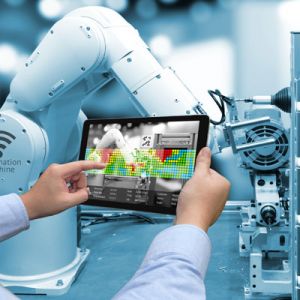 It’s said that ‘If You Can’t Measure It, You Can’t Manage It’. In any case, how would you quantify behaviour or mind-set? Therein lies the challenge with measuring DevOps. DevOps is about a mind-set – a culture that is comprised of procedures and practices that bring operations team and development team together inside an organization to develop and deploy software, with most extreme productivity, efficiency and insignificant intrusions. So how at that point would we be able to characterize and measure the advantages and significance of DevOps?

The term “DevOps” is about breaking down the silos of development and operations and typically refers to the collaborative working relationship between these two IT elements. While measuring and quantifying people behaviour, in regards to DevOps, may be challenging, but it doesn’t imply that the advantages of DevOps can’t be measured. One substantial advantage of DevOps is an observed decline in development and operations cost. Other measurable advantages of DevOps include:

High deployment frequency: Amplifying deployment frequency has been a powerful motivator for shifts in development practices. In today’s competitive world the ability to deploy changes quickly and easily can be a differentiating factor for any company that needs to deliver new features quickly to customers, and respond to their behavior as fast as possible.

One great example is AOL, which adopted a minor change that has greatly reduced the deployment time from 6 hours to 45 minutes.

Low failure rate: It’s great to deploy more frequently and quickly, but if changes fail just as frequently, you’ve gained nothing. Failed deployments can take services down, which in turn would bring lost revenue and baffled clients. DevOps practices can make a big difference in failure rate. The survey respondents, whose organizations are performing well, reported 50% less failures from code changes.

Less Rollbacks: The advantages gained from quick development and deployment can be nullified by failed deployment. But software when developed using a DevOps mind-set takes into accountan operational viewpoint also. This, when amalgamated with improved defect detection, significantly decreases the number of pre- and post-deployment issues and hence less rollbacks.

Reduced Time-to-Recovery: Even if the possibility of failures is minimized, failures as a rule are inescapable. At the point when failures do happen, the time to recover to operational efficiency is relatively reduced in a DevOps environment compared to a conventional IT environment. This is essentially because of the efficiencies picked up by development team members understanding how operations team work and vice-versa. Combined with a robust versioning process, rollbacks are made easier.

These advantages can, actually, be transformed into key performance indicators (KPIs) for any organisation to track. Organizations can track the time and cost it takes for projects that develop software applications using a conventional non-DevOps approach and compare it against those who are using DevOps to better appreciate the measurable advantages of DevOps.