Containerisation: Benefits and How It Differs From Virtualisation 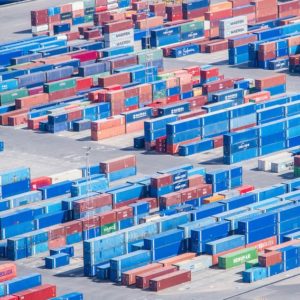 Organizations all over the world are looking towards digital transformation to streamline infrastructure, increase efficiency and reduce overheads. With the advent of cloud and virtualisation, tradition server side architecture has undergone a huge revamp. Virtualisation is the age old practice of running applications on Virtual Machines (VM) that come with their own Operating Systems. These VMs can run independently on top the hardware’s operating system, thereby reducing the hardware dependency of applications.

To simplify, think of containerisation as a multi-tenancy implementation at the OS level.

Containers can also run inside Virtual Machines, which means that one host hardware could have multiple Virtual Machines running on top and each Virtual Machine running multiple containers. One of the biggest advantages of using containerisation versus virtualisation is the greater efficiency achieved for the same hardware. VMs have a lot of overheads and consume way more hardware resources than containers.

Portability of applications is another big factor in the massive adoption of containerisation. It replaces the need of managing guest OS dependencies as well as library dependencies. So, as long as the operating system remains same, a container can run on any hardware configuration.

Increasing popularity of DevOps makes another great case for using containers instead of virtual machines. All the information required to execute a container is contained in an ‘Image’ – this image gets created during the application development process and can be reproduced throughout it’s lifecycle. The same application image can be used during the build, test and production cycles. Therefore, version control at the application level replaces configuration management at the system level.

When talking about containerisation, Docker is probably the first thing that comes to mind. Though there have been others, Docker was one of the first tools to offer a complete ecosystem around containerisation. It originated from Linux LXC, an operating system level virtualisation method for running multiple isolated Linux systems on a control host using a single Linux kernel (ref:Wikipedia). Docker has since replaced LXC with it’s own container library: libcontainer.

Kubernetes is another popular open source Container orchestration tool, developed by Google and later donated to the CNCF (Cloud Native Computing Foundation) as its seed technology. A big player in the Linux world, CoreOS, recently launched ‘rkt’, a container format and runtime alternative to Docker. Rkt has a different architecture philosophy, following the Unix approach of simple, composable command line tools. Docker’s, on the other hand, have been served by a monolithic runtime daemon.

Containerisation is a great match for organisations looking to ‘digitalise’ their infrastructure. Companies looking to adopt Cloud Computing and/or the DevOps ideology will need to eventually decide on Containerisation and it’s implementation. The benefits of using containers to deploy apps are quite stark and obvious. The decision, is therefore not if, but when.

Our experienced consultants can help you decide the best path to containerisation. Click here to get in touch with us!