Benefits Of DevOps More Than Just A Technical Advantage 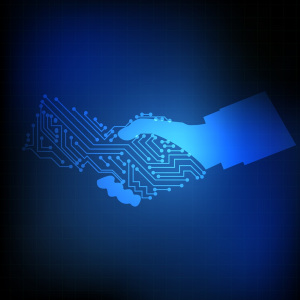 DevOps today is known as a process that helps software driven organizations speed up their delivery timelines. From a niche development process, a decade ago, to a full blown robust practice today, DevOps has been adopted by over 25% of the Global 2000 companies The technical benefits of DevOps have been talked about a lot. Faster development cycles, lower failure rates, faster time to market etc are well known.

The influence of DevOps, however, is not just limited to the technical side of the business. It’s much more profound than that. In this article, we’ll shed some light on how DevOps influences employee engagement and results in higher job satisfaction.

Apart from the obvious excruciatingly slow progress, such a process breeds a culture where each team defends its own interest. This eventually turns into a dysfunctional relationship between the dev and ops teams sprouting mistrust, communication challenges and collaboration problems. It’s not uncommon to see the dev and ops teams at such loggerheads, that they even refuse to communicate properly!

This is where the DevOps mindset changes things radically. The approach breaks down the challenges by promoting ownership amongst all team members. The lines between the dev teams and ops teams are blurred out, resulting in a much more satisfactory workplace.

DevOps encourages ownership. Each developer is responsible for their own codebase, right from writing the first line to testing and ensuring its sanity. The employee is engaged throughout the development process. Better engagement leads to happier, better motivated employees which in turn has a positive effect on the organization as a whole. Such a process provides more learning opportunities to the employees as well!

DevOps encourages transparency across the whole development process. The onus of producing high quality code is completely on the developer. Writing great code, ensuring sanity checks and adding it to the deployment pipeline – the development team is involved in the complete development cycle. This encourages team members to take charge rather than passing load onto colleagues.

Automated testing suites, which are an integral part of DevOps, play a major role here. The test suite results are public across the team, so everyone on the team knows whose code performed how. Coupled with the right spirit, this approach increases efficiency and pushes the team to strive for excellence.

Open communication and ready collaboration form the basis of the DevOps ideology. The dev and ops teams no longer work in isolation from each other. DevOps encourages teams to commit and deploy code almost every day (some do it many times a day). Such a velocity is only possible when team members communicate openly and work in tight collaboration with each other.

It’s clear that the benefits of adopting DevOps transcends various organizational departments. It fosters a friendly workplace environment, where employees are happier and better motivated. DevOps addresses the challenges posed by traditional development practices, and empowers small teams to deliver exceptional results. While an organization’s achievements get most of the limelight, it is the internal change in mindset that DevOps brings with it that is the real hero!

If you have been thinking about trying the DevOps method in your organization, there’s no better time than now! Our consultants are always happy to help .